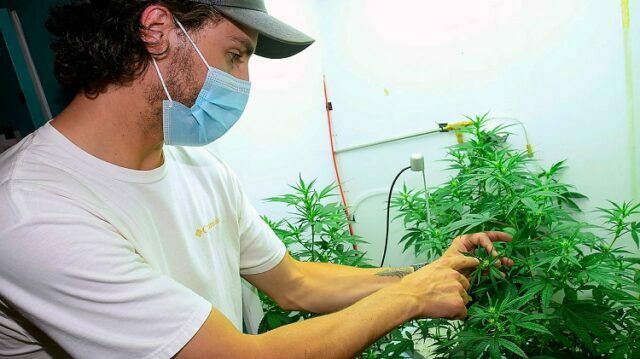 It has been more than 20 years since California became the first state to legalize medical marijuana. Fast-forward to 2021 and thirty-six states and the District of Columbia recognize the legality of medical cannabis. Of those states, eighteen have embraced recreational use. It is a strange thing to behold in a world that has demonized tobacco and fought so hard to reduce drunk driving incidents.

Putting all the social aspects of recreational marijuana aside for a minute, looking at the medical aspects of cannabis also reveals some interesting things. Bear in mind that medical cannabis isn’t just marijuana. Cannabis actually covers two plants: marijuana and hemp, and both are used to make cannabis-based medicines. Those derived from hemp do not make patients high.

Is there anything we can learn about Western medicine by looking at medical cannabis? Absolutely. Below are five of the most important lessons.

In our race to justify doing what we want to do medically, we often claim scientific proof of safety and efficacy. But truth be told, the science is rarely settled on anything. Medicine is no exception. There isn’t enough scientific evidence to conclusively prove the efficacy of cannabis therapies. But they are not alone.

The science isn’t settled on a lot of medical treatments. Most recently, the science on coronavirus vaccines and face covering efficacy isn’t even close to being settled. There is evidence on both sides of the debate. So what do we do? We choose the data that supports our own individual positions.

Pure Utah is a medical marijuana dispensary in Payson, Utah. They say that many of their patients talk about using medical cannabis to help them feel better. This sort of thing is often heard in relation to managing chronic pain. What does it tell us about Western medicine? That we rely a lot on drugs.

This is not intended as a judgment one way or the other. Rather, it is just an observation. Western medicine is rooted in pharmacology. By its nature, pharmacology places a heavy emphasis on drug therapies. We are more likely to take drugs than try other non-pharmacological options.

3. Pain Is a Prevalent Symptom

Next up is the reality that the majority of people who use medical cannabis do so to treat pain. Now that millions of people are using the drug medicinally, it’s clear that pain is a prevalent symptom. It is also clear that Western medicine really doesn’t know how to deal with it. The best we can do is minimize it where practical and control it when possible.

A completely unregulated medical industry would be a bad idea for obvious reasons. On the other hand, one thing medical cannabis makes painfully clear is that regulation creates problems. Right now, there are conflicting cannabis regulations between Washington and the states. The conflicts affect everything from medical malpractice insurance to pharmacy availability. Likewise, regulations create problems in nearly every area of healthcare delivery.

5. Healthcare in the West Is Expensive

Finally, medical cannabis is expensive medicine. Even in states with recreational programs in place, medical products cost quite a bit. Moreover, health insurance doesn’t cover them due to federal regulations. Patients are left to pay for their medicines out of pocket. What we see in the medical cannabis community is a microcosm of a bigger problem: Western medicine is too expensive.

Medical cannabis can tell us a lot about Western medicine as a whole. The question is whether or not we are willing to learn the lessons.

Bradley Benner - December 2, 2021 0
An Alzheimer's diagnosis can be extremely scary. Whether you've received the diagnosis of Alzheimer's Disease or someone you love has just been diagnosed after...

WHAT ARE BETA-ALANINE SUPPLEMENTS?

How To Get Rid Of Sweaty Palms

All you need to know about Jawline fillers