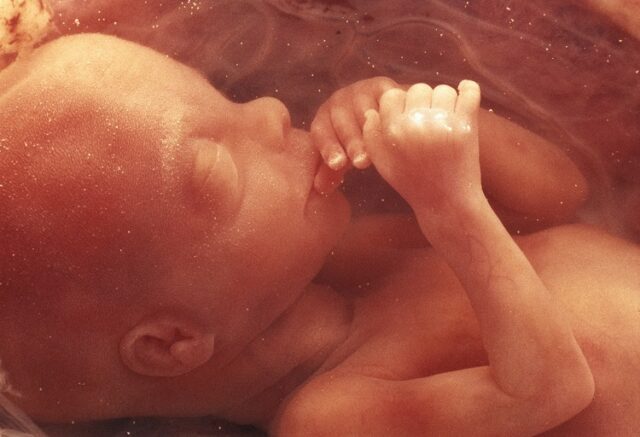 Autism, or autism spectrum disorder (ASD), is a range of disorders that can affect a person’s social skills and ability to communicate. It can often present with a propensity for repetitive behaviors, other medical problems, and mental health issues.

It is estimated by the Centers for Disease Control that approximately 1 in 59 children in the United States is affected by some form of autism spectrum disorder, leading many to wonder how it develops and how early it can be detected.

While there have been many misconceptions about the causes of autism in public and in the media, it is clear that researchers and scientists do not know of one definitive cause of autism. It appears to be caused by a combination of both genetic and environmental factors, with some cases favoring one or the other.

Researchers have found many links between autism and environmental factors like iron intake, maternal weight, pollution, and medications taken during pregnancy. But if anyone were to tell you that they know of one certain cause of autism, they’re probably not being 100% truthful. It’s important to do your research and arm yourself with information in order to avoid falling victim to some of the “fake news” about autism circulating on many social media channels.

Some parents are interested in finding out as early as possible whether their child will be born with autism so that they can better prepare for their medical care and lifestyle. While current non-invasive prenatal testing technology can inform on the likelihood that a child will be born with a genetic disorder, there is currently no definitive diagnostic test for autism in-utero.

Recently, researchers have been attempting to determine indicators or symptoms of ASD during pregnancy or early infancy. For example, one study found that many babies who were later diagnosed with autism presented with larger than average head and abdominal size at around 20 weeks of pregnancy. These kinds of studies may hold clues to the early detection and treatment of autism.

There is no blood test or medical test that can definitively diagnose for autism, but it can sometimes be detected by a pediatrician within 18 months of birth.

There is only one known process for diagnosing autism spectrum disorder. This usually involves regular screenings at 9 months, 18 months, and at 24 or 30 months by a pediatrician to determine if the child is exhibiting any evidence of developmental delays. At these screenings, the doctor will ask questions about the child and evaluate their learning capacity, speech, movement, and behavior. If there is evidence of a problem at any of these screenings, the child will be referred for a more comprehensive diagnostic evaluation performed by specialists.

If you are concerned about your child developing ASD, or would like to know more about autism testing, it’s important that you speak with your doctor and prenatal care team. They will be able to answer questions and provide more detailed recommendations based on your personal medical history.

Must Do Remedies for Back Pain During Pregnancy

natural-remedies-nurse - October 9, 2022 0
CBD is a multitalented product with a variety of benefits and uses along with certain controversies. BalanceCBD also known as Cannabidiol is used in...

Should You Consider Vaping as an Alternative to Cigarettes?

Uses And Benefits Of Day Cream

What Is the Most Appropriate Option to Fix Severely Decayed Teeth?